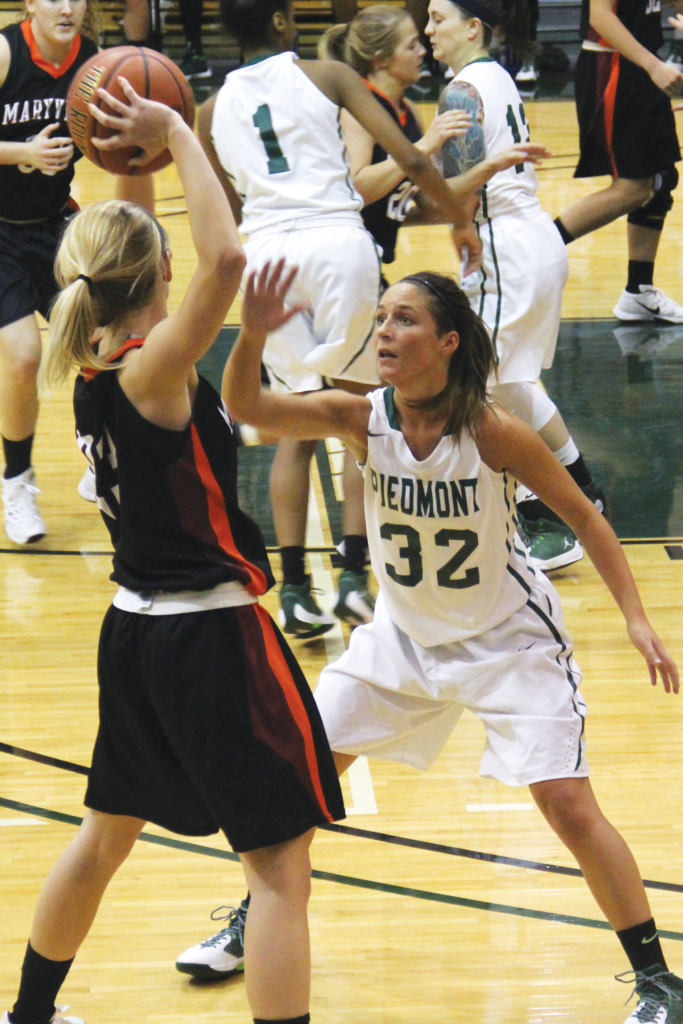 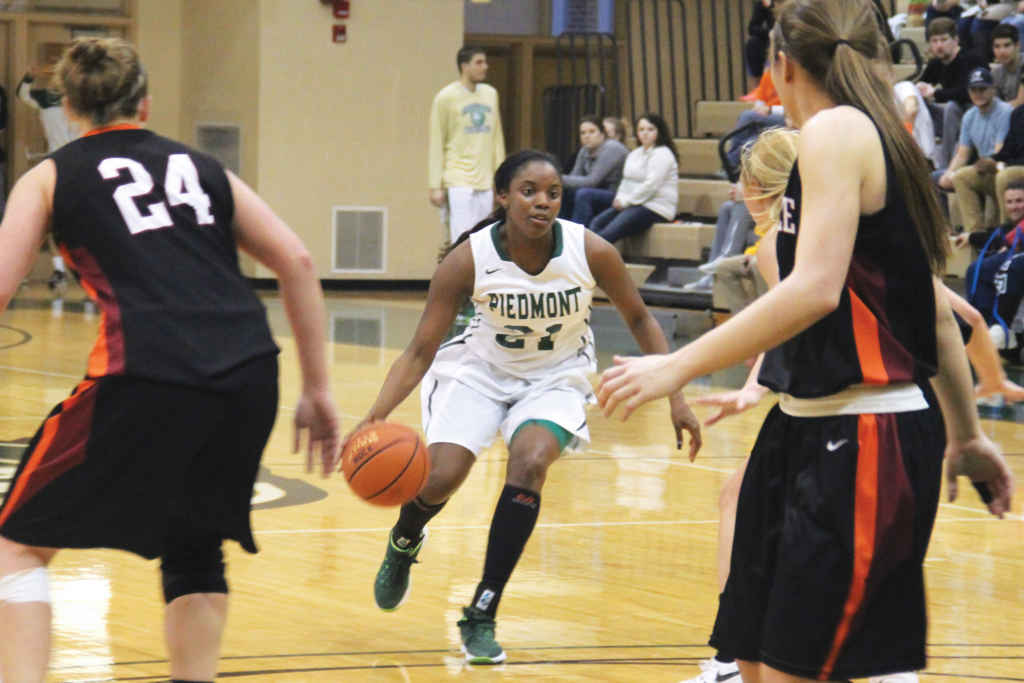 The Maryville College women’s basketball team, which was ranked 12 in the country, found itself leaving Piedmont’s Cave Arena with its first conference loss last Wednesday.

The Lions left the court with the scoreboard showing 61-54 after a hard-fought contest to see who would remain undefeated in the USA South Conference. This win pushed the Lion’s record to 16-4 overall and 11-0 in conference.

“We knew we had to play our game,” said Head Women’s Basketball Coach Jamie Purdy. “I think our motto since we came back from Christmas has been if we will just worry about what we do and what our strengths are and work on our weaknesses to get better, we’ll be a good team.”

The Lions started the game off strong, scoring four points, causing a turnover and capitalizing on a foul before the first minute of the game ticked down.

However, Maryville came back and before the first quarter ended they had taken the lead, pushing multiple three-pointers through the net to get there.

In the second quarter, Piedmont’s offense slowed. However, defense improved, allowing only two points before Piedmont was about to put points up as well.

Piedmont trailed behind for a majority of this quarter, but the team pulled together to close the gap and leave Maryville with a single point lead at halftime with a score of 29-28.

In the third half, the over 600 person crowd became more involved, cheering and booing each play the teams made.

The teams battled for the lead, keeping much of the quarter tied or with less than a four point lead. Moving into the last quarter, the Lions led by a single point.

Maryville tied the game, and the same battle in the third half began again. However, with about four minutes left in the game, the Lions began to slowly pull ahead.

“It’s going to be challenging from here on out, so we need to just prove [that we can do it] and win,” said Barrett.

Fourth-year guard/ post Mary-Kate Rushton led the team in scoring with 12 points on the board. Barrett and fourth-year guard Le’Shaunda Jones followed with ten points.

The Lions will step into Cave Arena again on Feb. 10 at 5:30 p.m. to face another conference opponent, Covenant College.

“We never focus on another team. We focus on one team at a time,” Purdy said. “We will celebrate the win tonight and start focusing on Covenant tomorrow.”