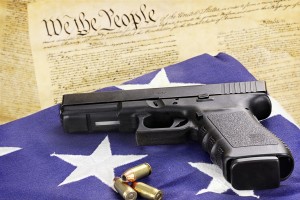 The letter was released on Jan. 19, over a month after the Sandy Hook Elementary School shooting that sparked

a nationwide debate on gun control.

College presidents from across the nation have signed the letter, including eight from Georgia.

“The Congregational tra- dition allows everyone to make up their own mind about it,” Mellichamp said.

“I’m not advocating for people not to be allowed to ownfirearmsandtousethem for self-protection or recre- ation,” he said.

“But in light of all these mass shootings in recent years, it’s a time for people to take a step back and examine the situation.”

A large part of the letter mentioned the right for people to carry guns on college ampuses. Piedmont, being a private institution, has its own rules about guns on campus.

“We’re not talking about taking away anyone’s second amendment right,” Melli- champ said. “I’m all for protecting people’s rights, but I think the larger ethical question is: do individuals have to some- times have their rights lim- ited for the betterment of so- ciety? The answer to that, in my opinion, is unequivocally yes.”