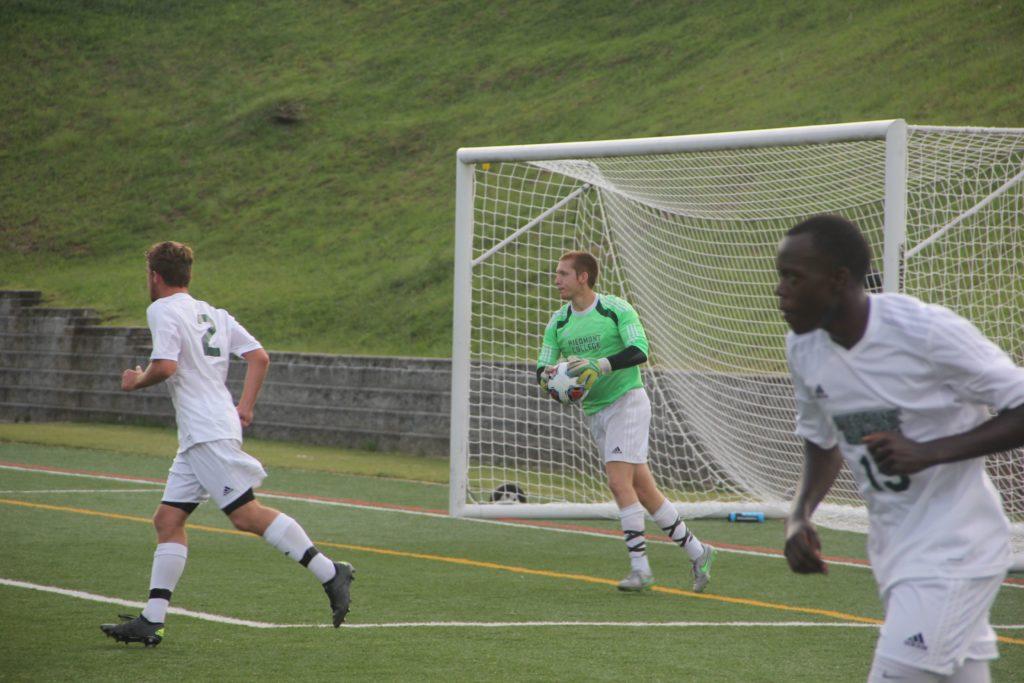 The Piedmont College men’s soccer team competed in one of their preseason games at home on Friday, Aug. 28. The Lions suffered their first loss to the visiting Eagles from Emory University with a score of 2-1.

The Lions started off strong and did not let Emory conceive a goal until 20 minutes into the game. Third-year defender Chris Keller led the team defensively and attempted to keep the Eagles from scoring.

“I try my hardest to be a leader on the team since I am an upperclassman now. I try and help the freshmen and help our goalie to not have to make saves. I was nervous about this game at first, but we worked hard as a team and the result showed it,” said Keller.

Within the first 20 minutes of the game, second-year midfielder Cason Dowdy was taken off the field for a possible concussion. The athletic trainer ran a concussion test on the sideline to determine if he could return to play.

“The game was very physical and I was a bit shooken up from the head injury but I was glad to come back in second half and work hard with my team,” said Dowdy.

The Lions were losing 2-0 at half time. During the second half, the Lions came out and were ready for a win. The men had several chances on goal, including a free kick taken by third-year midfielder Matt Metzger with Cullen Copland, a first-year forward, getting a head on the ball, which ended up landing just left of the post. Metzger stole the ball from the Eagles and passed the ball to second-year forward Chase Kane, who sent the ball wide of the net, yet again.

Elliot Sailes, the first-year goalie, came in during the second half and helped the Lions prevent Emory from scoring again.

Cullen got a break away to goal. The defender slide tackled him, and Kane got the rebound, scoring with just 21 minutes left in the second half.

The Lions said they worked together and tried to create chances on goal but could not finish.