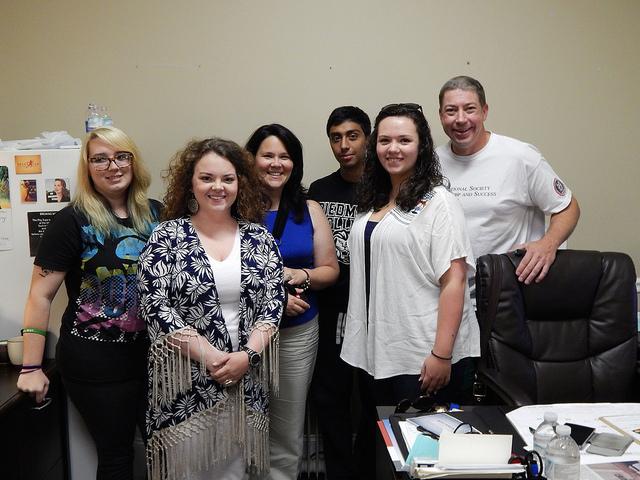 As the school year begins, hello echoes down many halls. However, Director of Student Activities and Campus Events Natalie Crawford has been repeating goodbye to her colleagues, friends and Piedmont’s students.

“I was presented with a really wonderful opportunity that I just could not refuse, so actually, I am leaving Piedmont,” said Crawford.

Crawford tendered her resignation on July 29, and her last day as a Piedmont employee will be Aug. 28.

“Natalie was one of the first friends I made at Piedmont College, and I would easily consider her to be one of my best friends now,” said Director of Residential Education Mark Jestel. “With the massive impact she has made on campus, the surrounding community, as well as the impact she has made on my life, I couldn’t be more proud of her as she begins a new chapter of her life.”

Over the summer, Crawford said she had accepted another position with Piedmont as the Director of Career Education and Personal Development. However, not long after, Main Street Technologies approached her with the opportunity to be a part of their new Atlanta headquarters.

“I have had a lot of congratulatory emails and hugs in the hallway, and I think everybody understands that when this kind of opportunity comes along, you have to take it,” Crawford said.

Dean of Student Engagement Emily Pettit said that while Crawford has been at Piedmont, she has impacted a large number of students, and Pettit said she is sad to watch someone with such a gift for making connections with students leave Piedmont.

When sophomore engineering major Gabriel Gutierrez arrived at Piedmont, he was scared, coming from North Carolina and knowing no one.Bbut, after he joined the Campus Activities Board, or CAB, and spent more time with Crawford, he found his place. Today, he serves as a sophomore representative on the Student Government Association, is the president of CAB and works as a Resident Assistant.

As of right now, Piedmont has not hired anyone to fill Crawford’s role as the Director of Career Education and Personal Development. However, the college has hired Kimberly Crawford to be the Director of Student Life.

“She is going to be a dynamo,” said Pettit.