‘There are positives and negatives to The Village’ 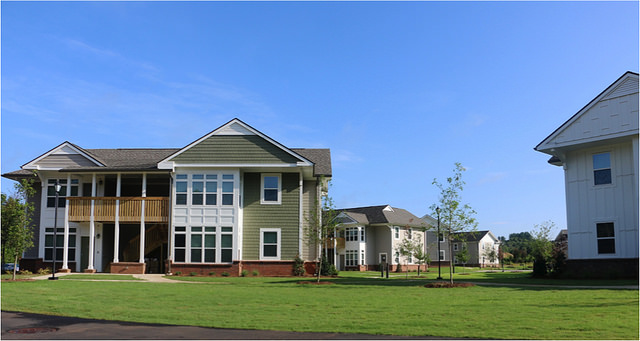 With all of the hustle and bustle going on around campus, no one stops to think about Piedmont’s new off-campus village, except for the residents that live there, of course.

As a sophomore here at Piedmont College, I am never near The Village enough to participate in activities happening there and probably won’t be until later in my college career. I understand that Piedmont wants to offer an off-campus option to upperclassmen because, let’s be honest, living in a residence hall is not the best life. Like anything else, there are positives and negatives to The Village.

Unlike the Residence Halls, The Village is open 24 hours to anybody that wants to visit and houses graduate students as well. This is very convenient because the 2:00 a.m. curfew on campus doesn’t work for everybody. Honestly, I don’t know why you would be out that late, but it happens. You’ll find me in my bed at two o’clock in the morning.

To live in The Village, you have to have a total of 60 credit hours and a 3.0 grade point average. It’s nice to attend a college that cares about our education and how well we do.

Although it’s a nice place to live, students have said that the apartments are very small and not what they expected. Students are paying more to live here, so they should be given a top-of-the-line facility, not a room that is just as small as a residence hall room.

The most popular news about The Village is that it allows alcohol. I choose not to drink, but I do realize that there are people here that do. I am not going to disrespect that. I believe that Piedmont has been successful at putting stipulations on the alcohol policy at The Village. It’s only allowed in apartments of legal age residents, and apparently, there are very serious consequences if you break that rule.

Since The Village is a “wet” area, many students are automatically going to see that as an opportunity to get away from campus. However, they weren’t told ahead of time about all of the rules. Drinking underage is against the law, and people should respect that. But residents should have had the right to know that alcohol was only going to be allowed in three apartments where all of the residents were 21 at the begining of the semester.

I wouldn’t like being so far away from everyone and everything on campus. I am the type of person who likes to be around people and in the mix of things often. I like knowing that there is always someone around and that I’m not always by myself.

With that being said, I believe there is a disconnect between The Village and regular campus. Some students may say that being away is more relaxing. I, however, would always dislike the long haul to class. If there is anything I don’t like, it’s walking long distances. I guess that’s why I’m not fit like half of the students here. I choose to drive my little Honda everywhere, and I’m okay with that.

The Village itself seems very safe. I like the balconies that come with the apartments. When it’s quiet and nice outside, you could sit on the balcony and study. I don’t like being cooped up in a room all the time, so a little fresh air is always nice.

A lot of the apartments are empty just because there aren’t that many students living there right now. Unlike most places on Piedmont’s campus, finding a place to park is not an issue at The Village.

Although The Village seems nice, I will probably choose to remain in the dorms because it does cost more to live in The Village, and I already pay enough to go to Piedmont. I can’t afford extra for housing. Dorm life is not the best, but it’s good enough for me.