PC’s Feral Cat Problem: a discussion on how administration, parents and students can help 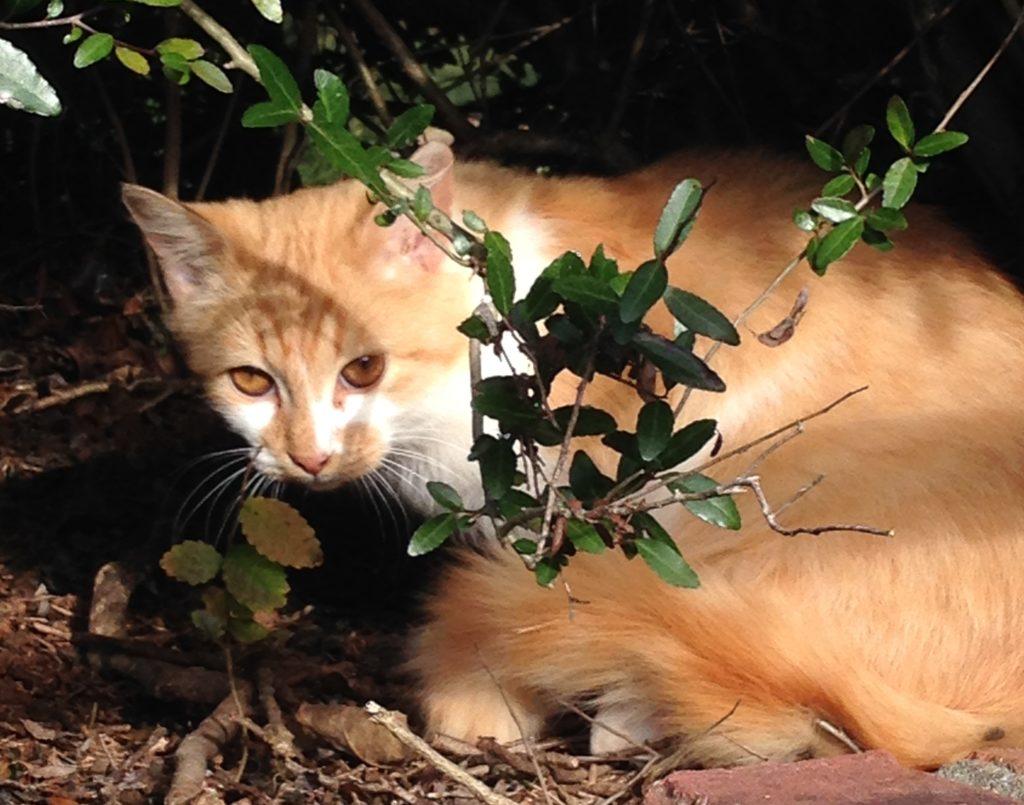 Big, bright brown eyes peek between the green bushes in front of the Nielsen Dining Hall. Down the road leading to the Athletic Johnny Mize Center, a glimpse of gray and black fur dodges out of the way of a car and jumps into the woods. These are the actions and scenes that Piedmont students, faculty and staff notice of the feral cats and kittens on Piedmont’s campus.

On April 2, a parent of a Piedmont student sent an email to Piedmont’s administration with concern she had for the feral cats she has seen every time she visited her daughter on campus.

In a phone interview, Green spoke about her involvement in organizations that trap, aid and sponsor feral cats, kittens and other animals.

Green is a Quality Assurance Analyst at Aaron’s Inc. and has been involved with cat rescuing organizations for almost 10 years. She is currently volunteering at Douglas County Animal Shelter.

“Xandy has been taking care of kittens since she was young because she thought she was going to be a veterinarian. When she got older and went to college, I just kept rescuing cats and kittens,” said Green.

Green decided to email Piedmont administration to suggest ways that they could possibly help rescue the animals and make the students more aware of the issue.

President James Mellichamp replied to Green’s email saying that the college’s administration will be contacting the Habersham County Animal Control to work on the problem over the summer when the campus is less populated.

In an interview with Mellichamp, he said that Piedmont has worked with animal control in the past to help limit the number of feral cats on campus, but they were met with moderate success due to a number of reasons.

“Part of the reason why we were not fully successful in the past is because we have students and even faculty who encourage the cats to stay by leaving out food for them,” said Mellichamp.

sHe went on to say that by leaving open dumspter doors and leaving out food, it gives the cats little incentive to go into a trap.

He explained that one way to help limit the amount of feral cats on campus is by not leaving out food for them and not trying to pet them.

“You do not know how healthy [feral cats] are and they could possibly carry rabies,” said Mellichamp.

In a previous article published in The Navigator early last semester, the spread of ringworm threatened residential students. Part of the threat was due to students violating the pet policy and trying to rescue, care and shelter cats in their dorm rooms.

Associate Professor of Nursing Laura Starlett explained in an interview that the fungus could be found in soil and also carried by cats.

“It’s always a tough situation because [students] sympathize with the animal and see that cute face and want to help, but it tends to do more harm than good,” said Mellichamp.

Although, Mellichamp explained that if students want to help a feral cat or kitten, they should leave it to experts and animal control.

Green’s advice for students is that if they wanted to rescue a cat, they should do their research first.

“You can successfully work with a kitten more than you can with an older cat,” said Green. “At shelters, a lot of times the mother cat is euthanized while the kittens are given a home. One out of 12 cats is adopted while the other 11 are euthanized. It’s a sad situation.”

Mass Communications Graduate Assistant Jesse Sutton graduated from Piedmont in the spring of 2014, and during her sophomore and junior years, she managed to rescue two kittens and find them homes.

“I hate it when people dump cats off at the college because they probably figure that the students will give them a home,” said Sutton.

Sutton explained that most feral cats will not let you pet them or will run from you because they become afraid of human contact after being treated so poorly or abandoned.

“I’ve seen students at this school chase cats, kick at them and even throw food at them, and that’s part of the reason why feral cats are afraid of you,” said Sutton.

Sutton noticed two gray kittens her sophomore year and decided to rescue them, but she only managed to save one of them after the other was killed by a car.

Just like Green, Sutton said that it is easier to tame a kitten than an older cat.

Once Sutton rescued the small gray kitten, she was able to give her a home through a close friend.

During her junior year, Sutton noticed a small orange and white kitten outside of the Nielsen Dining Hall, hiding in the bushes.

“He was so small and malnourished. I had my mom come up and she helped me catch him,” Sutton said.

Sutton and her mother managed to catch the kitten by leaving out a small plate of turkey in the cage and eventually, with time, he trusted her enough to let her pet him without being scared.

“My mom and I took him home and my dad liked, so they decided to keep him. We decided to name him Rusty,” she said.

Sutton also owns her own kitten in her apartment that is a rescued kitten she named Callie.

“My advice to people is that if you want to care for a cat, make sure you have time and patience,” she said.

Both Mellichamp and Green went on to say that one way students can also use this issue in a good way is by making a Compass point out of it and create an awareness campaign.

“Students can always help by volunteering also,” said Green. “It’s a big issue. That one kitten may be one out of 10 you don’t see.”