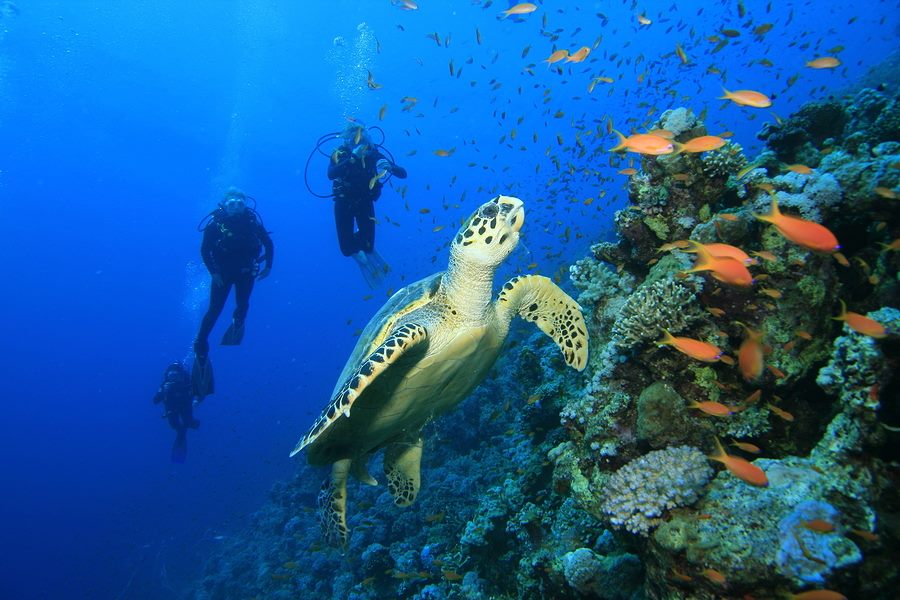 On Jan. 8, the Student Government Association (SGA) was met with a new proposal to start a Scuba Diving Club at the first meeting of the semester.

President of the club is senior political science and criminal justice major Benjamin Stanfield. Stanfield is also a Global War on Terrorism (GWOT) combat veteran from the war in Afghanistan.

Stanfield shared that he has four years of experience in scuba diving and holds numerous certifications including Rescue Diver, Dry Suit Diver, Sidemount and he also works at a dive shop in Lake Jocassee Salem, S.C. as a Dive Master Candidate.

“I love [diving] so much. For me, it’s a spiritual connection that I find to be uncomparable,” said Stanfield. “I really want to share this great adventure with others.”

Since the bylaws for the new club were approved at the first SGA meeting, Stanfield and his officers have been working hard to plan information meetings for members, raise money for the club to take trips and organize swimming and training sessions.

So far, Stanfield said the club has about nine members. A little under half of them are certified scuba divers.

At the last SGA meeting, Chancellor for the club Kenneth McLeod, asked the Senate to grant money to the club to spend a two-day trip at Lake Jocassee.

Cloud explained to the Senate that the trip would give those inexperienced swimmers and divers a chance to get their feet wet.

Stanfield also added that he wanted to reward his hard-working team for all the planning and fundraising they have done this semester.

The Vice President of the club is sophomore mass communications major Amanda Blackwell, who said that all of the club’s hard-work is finally going to pay off when they take the trip to Lake Jocassee at the end of May.

One event that the club is working on organizing is a Blow Bubble Party at the Aquatic Center in Clarkesville. Stanfield explained that members and those interested in being members would have a chance to test the scuba diving equipment in the water.

What students might also find helpful is that they can use the Scuba Diving Club to count towards their Compass points.

“However, there will be monetary cost if one wishes to use scuba diving as a Compass point,” said Stanfield.

The advisor for the club is Assistant Professor of Theatre John Spiegel, who Stanfield said is a scuba diving instructor and has contributed significantly to the club.

Stanfield said that he hopes the club can take a fall break trip to Cozumel, Mexico next academic school year or in the near future.

“Two-thirds of the world is covered in water, what can you do with it?” said Stanfield.