Volunteering makes all the difference 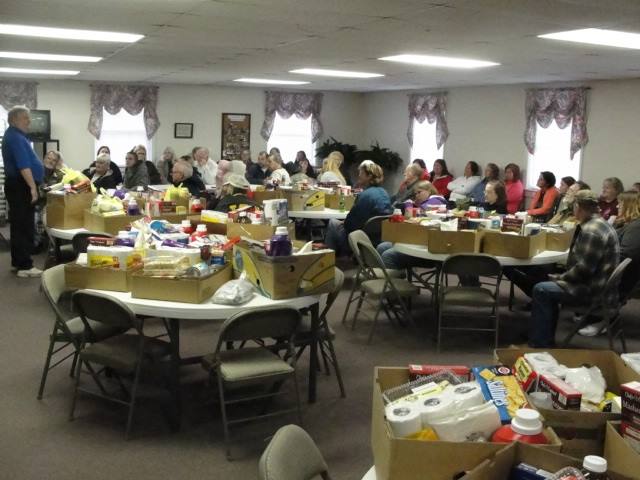 With classes, sports and clubs that require Piedmont students to give back to the community, it is hard to imagine that finding a person on campus who often volunteers would be difficult- especially when Piedmont’s campus is comprised of mostly athletes.

According to the Bureau of Labor Statistics, the volunteer rate in the United States has dropped by 0.3 percent

Only about 64.5 million people out of the 313.9 million who reside in the United States volunteered at least once between 2011 and 2012. But do these numbers reflect Piedmont’s campus as well?

Sophomore education major and softball player Kendall Newell explained that each team in the athletic department does some sort of community service when the team is not in season.

She added that the athletic department has a number of resources and people to really make a difference in the community.

“I know that all the SAAC [Student Athletic Advisory Council] representatives are usually responsible for coordinating their team’s individual volunteer projects. Occasionally we team up and work together on larger projects like the Fall Canned Food Drive and Pennies for a Purpose that each team does in the spring,” said Newell.

Recently the softball team visited the Habersham Humane Society to aid with the care of animals.

Newell said, “We mostly walked the dogs during the day.”

The Habersham Humane Society is mostly operated by volunteer staff and posts positions with the most need on their website: habershamhumane.org

The members of the softball team are not the only piedmont volunteers at the Habersham Humane Society.

She first volunteered there with her PC 101 class her freshman year.

According to DeLorenzo, she spends most of her time playing with the animals, but she also helps clean their cages.

Because of DeLorenzo’s schedule, she can’t always volunteer at the shelter, but she expressed that the shelter always needs volunteers and donations and tries to donate based on the organization’s needs.

Though there are only a few students on campus that individually volunteer on a regular basis in the area, there are some that volunteer when they spend time in their hometown.

Christi Spence, a sophomore education major, volunteers with Talmo Baptist Church where her father is the pastor in Talmo.

On a bi-weekly basis, the church collects food and clothes donated from the community and hands the food and clothing out to families in need of the help.

Spence explained that most of the volunteer work is helping pick up the donated food and handing it out to people.

According to Spence, the area around her church is poverty ridden, and people are always calling the church to ask for help.

Still, Spence believes that she is making an impact.

But Spence’s area is not the only area with a problem. In Habersham County, over 18 percent of people are considered to be in poverty according to USA.com.

There are numerous opportunities to volunteer in the county, yet there are very few people that know just how many places there are that need someone to give some time and effort.

Dionna Mash wrote in a blog entry for the Huffington Post that there are five reasons to volunteer- make a difference, develop job skills, explore other interests, meet new friends, and enhance your education.

Visit Piedmont’s media hub, The Roar at piedmontroar.com for a list of organizations that are looking for volunteers. 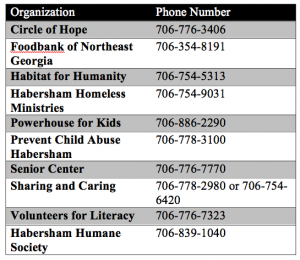