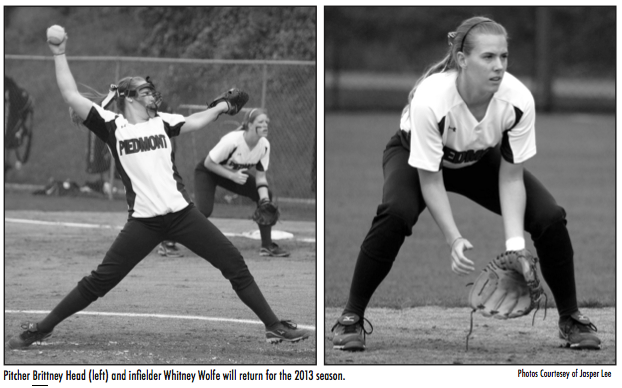 By SARAH BROWN
Staff Writer
Only two days of practice have passed for the women’s softball team, but the Lady Lions are ready to show their Piedmont pride in the 2013 season in the USA South Conference.
Last season, the Lady Lions succeeded both on and off the field.
Piedmont had the 18th highest grade point average in all of NCAA Division III in the 2011-2012 season.
This season, the team has been voted to finish fourth out of a group of 12 teams in the 2013 USA South Softball Coaches’ Poll, proving that Piedmont is stepping up to bat before the games have even begun.
Piedmont gained 87 points in the poll, with Christopher Newport University ranking first with 121 points.
Christopher Newport has captured four consecutive USA South regular season championships.
Last season, the women’s softball team had a record of 22 wins to 15 losses.
With the new conference hosting elite Division III softball teams, the Lady Lions prepare to compete with their new rivals and to see where they will stand among the
more challenging conference. “We are preparing for our entire season in the same way we do for each and every game,” said Fred Gillum, the assistant softball coach and head junior varsity coach for
the Lady Lions. “Our new conference,
the USA South, will have stronger competition from top to bottom, but we feel we can hold our own with these teams.”
The new 2012-2013 season has already brought on new goals and hopes for the team.
According to senior third baseman Jamie Dennis, the entire team’s goal is to go farther than they ever have.
Their ultimate goal: to capture the Division III Softball Championship.
With new additions to the women’s team, the more experienced players are there to help guide the freshmen as they learn to stand among the ranks.
“We are doing our best to make them comfortable and feel like they are a part of the winning legacy that has been
built over the last couple of years,” said Dennis.
“I think that they look up to us as leaders on and off the field, so we are trying to fill that role for them… but at the same time, we are allowing them to step up and be leaders so that they can really learn what it means to be a team.”
“The returning players will help the new players by setting the bar with effort,” said senior early childhood education major Megan Kesler.
“The returning playersknow what they can do, and I think it will be made known to the new players and serve as motivation to them.”
Seeing that the bar was set at a high standard, freshman early childhood education major, Kendall Newell, said that the team was working together as a whole to improve.
“The coaches have a good plan, and with so many players, practices have to be very organized. The coaches have constructed workouts very well, and it helps the players understand where we are going and what we are all working for.”
The opening of the Lady Lions’ 2012-2013 season will be on Feb. 16 when the team travels to Rome, Ga. to compete against Berry College.
Following that will be the team’s first home game of the season on Feb. 18 against Elmira College at Piedmont’s own Walker Field.Piedmont will not face any USA South teams for the first
11 games of the season. In March and April, Piedmont will face ten consecutive USA South opponents, with the first game against Christopher Newport on March 14 in Demorest. 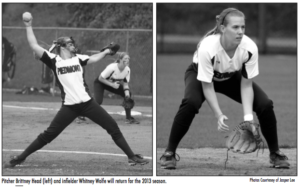