In an unprecedented move, officials at the University of Georgia’s Peabody Hall announced that Piedmont College Navigator Editor-in-Chief Nic Sridej has been named the latest recipient of the prestigious Pullet Surprise.

Journalism historians believe that this is the first time in the prize’s 127 year history that a college newspaper editor has been so honored.  Piedmont College professor and Navigator sponsor, Ramsey Nix, said “This is a singular honor for Nic and for Piedmont College.  We are so proud of the work he has done. He represents the best in journalism and fast-food entrepreneurship.”

The award is given annually in recognition of “world-class contributions to journalism and animal husbandry,” according to a Pullet Surprise Foundation spokesmodel.

An anonymous source close to Sridej was quoted as saying, “Nic deserves the Pullet Surprise.  Watching him is like watching poultry in motion.”

Sridej, a graduating senior in Mass Communications, has certainly left his mark at Piedmont College.  But, he has promised to clean it up before he checks out of his dorm room.  After graduation, Sridej plans to re-grow his goatee and play the part of the young Colonel Sanders in the upcoming bio-pic based on the chicken magnate’s life story. 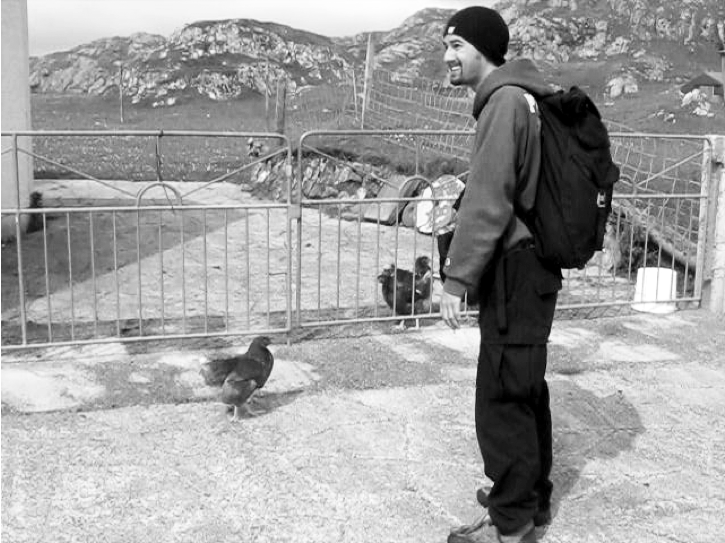